The return to stable growth

Indonesia, with its 17,506 islands – only around 6,000 of which are inhabited – is the world’s largest archipelago. The island state is home to 272 million people, making it the fourth most populous country in the world. The nation is benefiting from the current global economic environment as an important exporter of raw materials. Indonesia is well positioned as a supplier of important natural resources for the production of batteries for electromobility in the future. Despite the economic and societal effects of the coronavirus pandemic, public finances are in a healthy state. Germany and Indonesia have long enjoyed a good relationship. Development cooperation between the two countries has been ongoing for around 60 years. Core topics in Indonesia are:

The core area “Protecting our natural resources” covers forest conservation and biodiversity in Indonesia. In the area of forestry protection, six REDD projects are currently being implemented, including one to protect mangrove forests, the “nursery” for many species of tropical fish. REDD stands for “Reducing Emissions from Deforestation and forest Degradation”. Indonesia is still losing two million hectares of forest annually due to illegal logging, slash and burn practices and concessions.

Renewables, energy efficiency projects and urban development projects are promoted through the core area of climate and energy. Over the next few years, Germany will invest in the expansion of public transport in Surabaya and Semarang, among other things, as part of the Green Infrastructure Initiative. In addition, several geothermal projects are already being implemented; the same applies to hydropower and solar energy projects. Two programme financing schemes have already been implemented in the energy sector, jointly with the World Bank and the ABD, with another scheme due to follow. Market-oriented promotional loans are deployed, as well as low-interest loans that are enabled through German Federal Government budget funds.

Municipal waste management is rarely able to meet the increasing demand from citizens and companies. This is why, on behalf of the German Federal Government, KfW is financing a waste disposal programme in five cities, with a further programme in the pipeline.

Within the scope of the core area “Sustainable economic development, training and employment”, programme financing is currently being implemented as co-financing with the ADB. The funds will be used to finance reforms in Indonesia’s vocational training system, meaning that more qualified professionals will be trained to join the labour market. The reforms will thus enable Indonesia to benefit from a possible diversification of supply chains in the Asian region in the future. The commitment should ensure that young people find better paid work, while boosting the competitiveness of the economy and reducing poverty.

On behalf of the German Federal Government, KfW is currently supporting the further development of university clinics and the fight against tuberculosis in the health sector, and is co-financing the country-wide COVID-19 vaccination programme with the World Bank. The project focuses on vaccine distribution logistics. 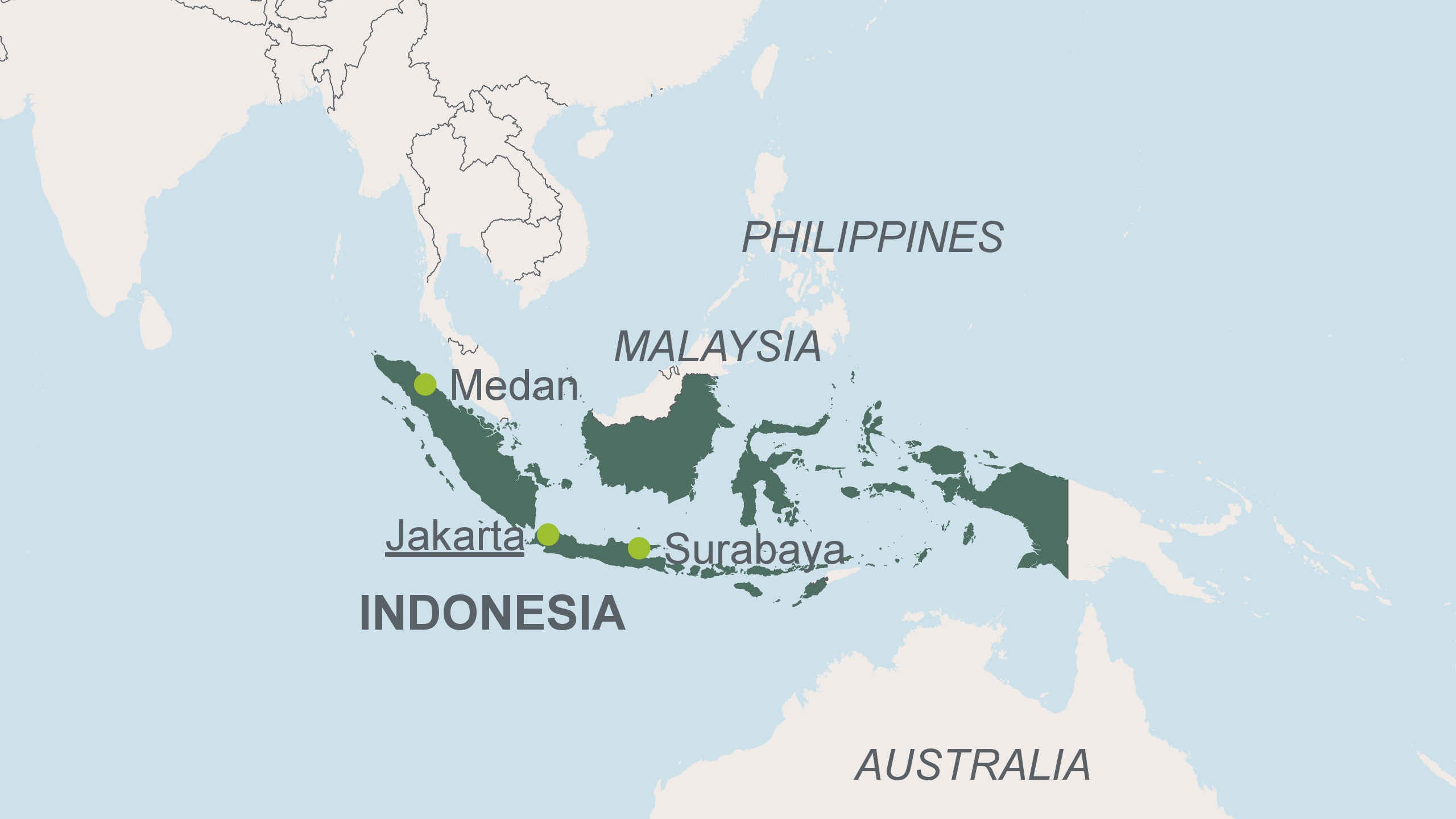